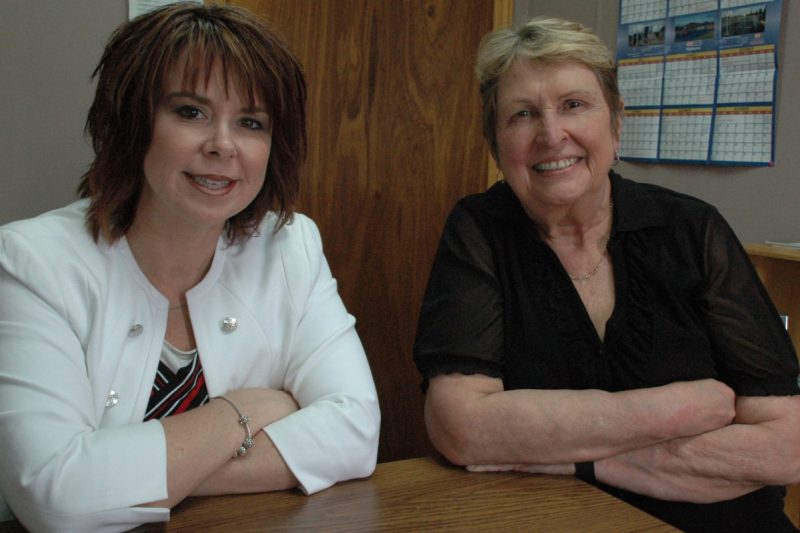 With municipal elections coming up this fall, Roddickton-Bide Arm Mayor Sheila Fitzgerald and St. Lunaire-Griquet Mayor Dale Colbourne are encouraging women throughout the province to throw their names in the mix, run for election, and bring their unique but indispensable perspective to council.

“I’m not saying women should get elected simply because they’re women,” explained Fitzgerald. “But oftentimes there are missed opportunities because women don’t put their names out there.”

Fitzgerald and Colbourne note that throughout Newfoundland and Labrador, and even more so throughout the rest of Canada, there remains a gender imbalance, as women comprise approximately one-third of council members.

But in their towns the balances are a bit different. In Roddickton-Bide Arm and St. Lunaire-Griquet, the women on council actually outnumber the men, four to three.

So Fitzgerald and Colbourne are well aware of what women bring to the table.

According to them, in their experience, this tends to include an emphasis on community and social programs.

“We have women on our council who have taken the social side of council and ran with it,” said Colbourne. “Because of it, we have a 50-plus club and all these different social things that we wouldn’t have had if it was an all-male council.”

She feels this side of a council is as necessary as being able to make decisions on things such as infrastructure.

“Because not only are you taking care of your roads and your sewer and water systems, you also have to take care of your people,” she said.

According to Fitzgerald, women tend to be caretakers and gatekeepers in communities, many being very involved in volunteer organizations. This perspective is often what gets transferred to council, hence an emphasis on social programs.

But, despite this level of community engagement, women often don’t take the next step to get into leadership positions, such as council.