Home
About
Board of Directors and Staff
Deputy Mayor Terry Randell, Pasadena 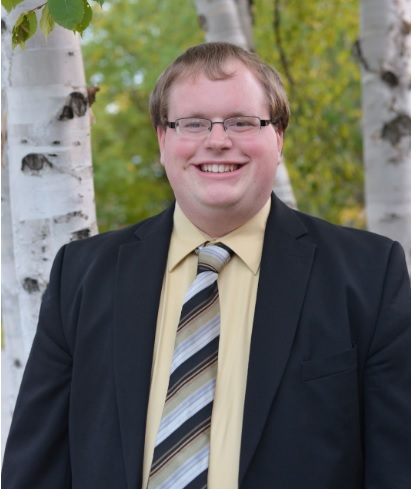 Terry Randell is the Deputy Mayor of Pasadena. He enjoys community service, lego, plaid, and puns and is seeking the position of Vice President of Municipalities Newfoundland and Labrador.

Terry was raised in Pasadena and continues to live there today with his fiance, Gina and their two cats, Bessie and Hazel. He is a substitute teacher and has received a Bachelor of Arts in Environmental Studies and a Bachelor of Education – Primary/Elementary Education both from Memorial University. As well, he has a Masters of Education – Literacy Education from Mount St. Vincent University in Halifax.

Terry was elected to the Pasadena town council in 2017 at the age of 30. After receiving the most votes as Councillor in that election he was then elected by the Pasadena Town Council to the position of Deputy Mayor. He was subsequently re-elected this past September and re-elected as Deputy Mayor for once again receiving the most votes. During his time as Deputy Mayor, he has served on the town’s Public Works Committee and since 2019, has been the chair of the Finance, Administration, and Economic Development Committee. He has also been an active member of the Great Humber Joint Council where he most recently served as its secretary.

So, why am I seeking a position on the executive of Municipalities Newfoundland and Labrador?

Well, most importantly I feel like I have a lot to offer and contribute to the board.

As a relatively younger person at 34, I offer a perspective of that demographic. If you look around our meetings, people of my age demographic are outliers. One, it can be because of the general makeup of our communities, or the stage of life people my age generally find ourselves in with careers and families and a lack of time, and another can be because meetings are often scheduled during work weeks when it makes attendance difficult for those with a Monday to Friday job. I think this perspective is important as we are the future of this organization.

I am a listener and an advocate for people and their concerns and will continue with that within my vice presidency if elected. I pride myself in being accessible to people. Since my involvement within the student movement in this province in the late 2000’s and the early 2010’s, and now into my time involved with Pasadena Town Council, I have realized that it is critical to be available to people to hear out their concerns. As an organization, we cannot be responsive to the ongoing and ever changing needs of our members if we are not listening or providing a conduit to be heard. Beyond listening, we need to take those concerns forward through the appropriate channels and advocate strongly for our members.

Selfishly, I am also seeking a new learning opportunity for myself. I will be the first to tell you that I am forever a student, I have been in school since 1992, always learning. Whether it has been as a student or in my day to day work there is always something new and interesting to learn. So, I’ve just completed my masters, and I am looking for something new to learn. My experience thus far has been that Municipalities Newfoundland and Labrador has been doing a lot of great and interesting things and it’s something that is worth being involved. This organization, our community members, and this province are all worth fighting for, and I would be humbled to be a greater part of it.

I look forward to seeing you all in Corner Brook at our upcoming conference and trade show. I will be attending on behalf of the town of Pasadena and look forward to having a chat. Please reach out if you see me around. While I am aware of our issues, I may not be aware of yours. If you do not see me, you can get me by:

I know that together we can do some awesome things! So, when you vote, I ask that you support Terry Randell for Vice President.

Thank you, and have a wonderful conference and trade show.