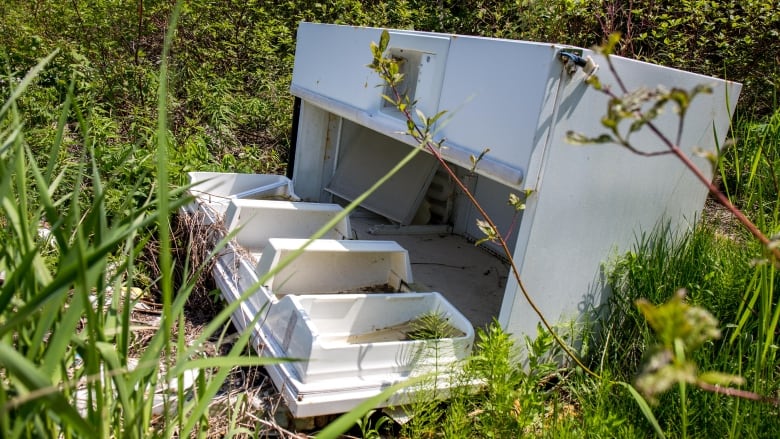 With trash still winding up in places it doesn’t belong in central Newfoundland, the waste management authority is looking to put the lid on illegal dumping with a new project.

Ed Evans, chief administrative officer for Central Newfoundland Waste Management, says the authority has been in discussions with the Multi-Materials Stewardship Board to pilot a project to address illegal dumping.

Evans said work has begun to hire a new employee to to take on the project. The first step will be to identify and investigate the areas that have recently been used as dumping sites and to put a plan in place to stop the dumping there.

“If they seem to be active dump sites, then there will be a process put in place to try and apprehend those who are engaged in illegal activities at particular sites,” he said.

Dumping not a new problem

Evans said for some people in the area, dumping trash is something that’s been instilled in their nature over the years.

“But it seems to be a small fraction of the population that thinks that it’s OK to go out in private property … [and dump] that load of garbage.”

A lot has changed, and education has helped, Evans said, but according to information from Service NL, the dumping is still a problem.

A lot of people are now going through and seeing our environment with different eyes.– Ed Evans

“The illegal dumping is no worse today than it was 10 years ago,” he said.

“We’ve always had issues with people who’ve identified illegal dump sites, but I think with the awareness of trying to do things for our environment and to bring in a modern waste management system, a lot of people are now going through and seeing our environment with different eyes.”

Evans said he hopes to have the project in place and “boots on the ground” before the end of October.