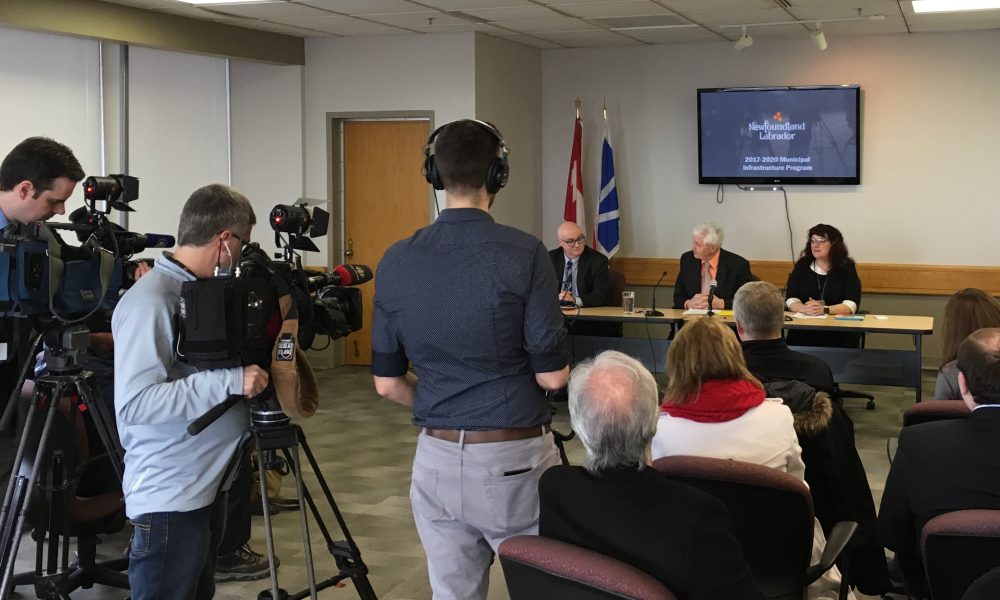 Province commits $100M over next three years for municipal infrastructure

The Newfoundland and Labrador government has signalled that it wants municipalities to put a greater emphasis on projects that improve drinking water quality, wastewater management and regional co-operation.

Moreover, it’s making changes to the way it cost-shares these projects in order to make sure all of that happens.

Municipal Affairs Minister Eddie Joyce released details of a three-year, $100-million municipal infrastructure program on Monday, and it includes the first shakeup in the funding formula in nearly a decade.

In simple terms, the funding formula for what the province describes as priority projects will remain unchanged, but municipalities can expect to pay a greater share for infrastructure such as firefighting vehicles, recreation and municipal facilities, and municipal roads.

“In addition, we will provide communities with available funding information in advance so that capital funding is more predictable, allowing communities to better plan for longer-term funding options.”

The new formula will save the province $10 million over the next three years, and Joyce said that money will be reinvested into municipal infrastructure.

Those ratios will remain unchanged for projects that support clean drinking water, managing wastewater, and improvements that reduce the risk of disasters.

The new formula also includes an incentive for neighbouring municipalities to work together. Joyce said the government will reduce the municipal share by 10 per cent for regional projects, to a minimum of 10 per cent.

Joyce said the province will also spend $35 million over the next two years in order to leverage the maximum amount of federal money available under the Building Canada Fund. This will result in a $60-million total expenditure from all levels of government, said Joyce.

This is being welcomed by Municipalities Newfoundland and Labrador.

“We were concerned that Newfoundland and Labrador would not receive our share of the available federal funding because we did not have the required leveraging investment. This move ensures we will receive all of the significant federal funding available to the sector.”

“Municipalities Newfoundland and Labrador is pleased that the continued multi-year capital works plan and the new step of pre-announcing intake dates for three years on other programs makes planning that much easier for municipalities,” Oldford said.

Power generators for places that serve the community as warming centres during emergencies will now be included in the cost-sharing program.